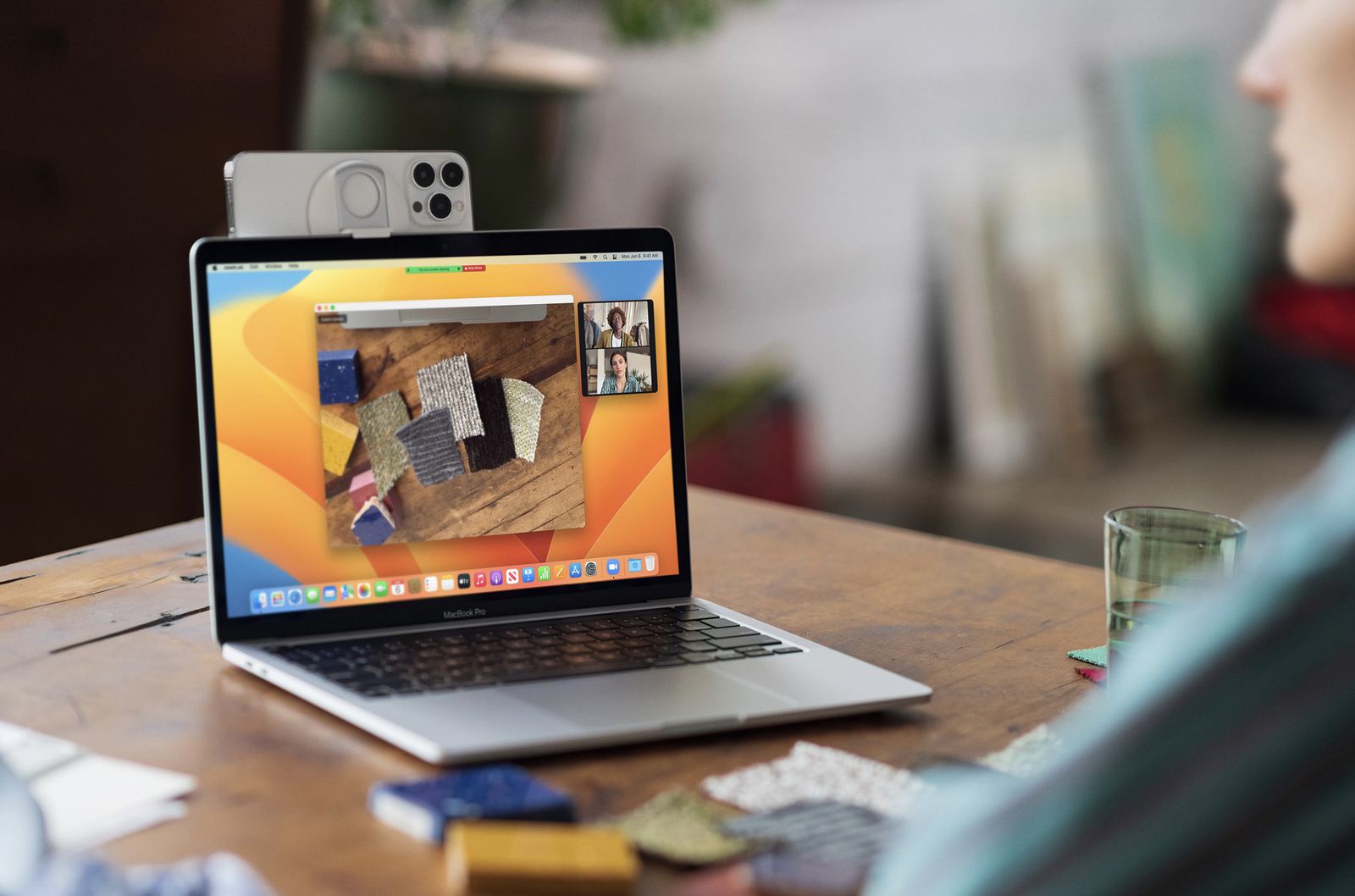 macOS Ventura does not support Macs released between 2014 and 2016, it only supports Macs from 2017 and later. Here's the full list of Macs that can run macOS Ventura.

How to update to macOS Ventura

Stage Manager, a new multitasking feature added to macOS Ventura, helps you organize your apps and windows into a single view, so you can focus on your main app while quickly switching between tasks. 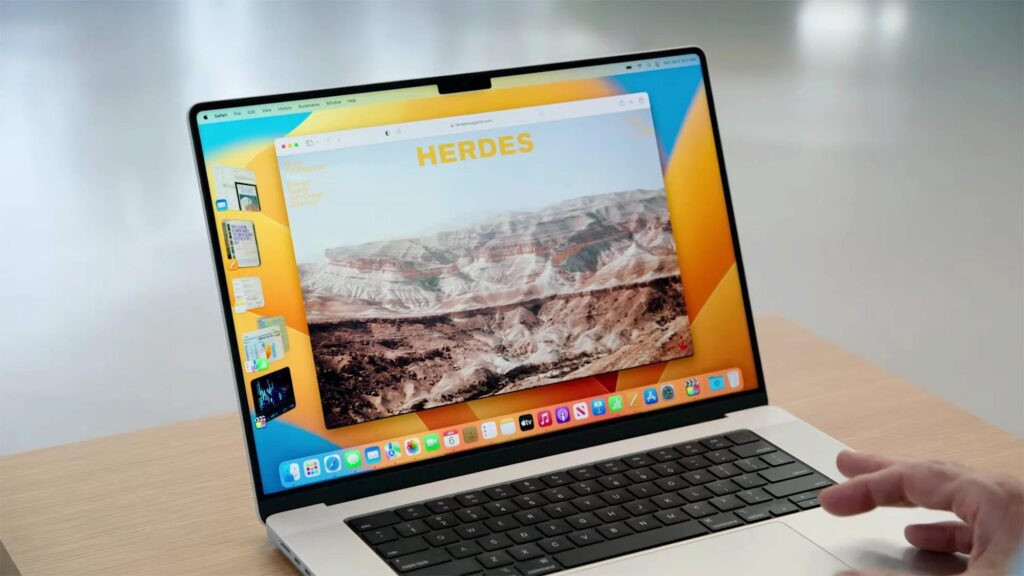 The main application will be centered on the screen, and other windows will be collapsed to the left. You can click the application icons on the left to switch between applications.

You can also group apps together for specific jobs, such as combining the Photos app with Lightroom for photo editing. Grouped apps can be sorted, resized, and laid out for a more optimized workspace.

With Continuity Camera, you can turn your iPhone XR or later into a webcam for your Mac, taking advantage of iPhone's incredible camera technology for clearer video calls. What's special is that the iPhone can be connected to your Mac wirelessly (or wired for you), and the iPhone's camera will automatically switch to webcam mode when the iPhone is brought close to the Mac. In addition to being a camera, the iPhone also acts as a microphone for the Mac, with some special imaging capabilities.

FaceTime in macOS Ventura now works with Handoff, so you can accept a FaceTime call on your iPhone, then switch to your Mac, or vice versa. FaceTime Handoff works seamlessly between your devices, and when the call ends, it also switches to the new device if you have a Bluetooth headset connected.
macOS Ventura supports new collaborations with others in apps like Files, Keynote, Numbers, Pages, Notes, Reminders, and Safari. In these apps, you can start a FaceTime call with your collaborators so you can video chat about what you're doing.
On Macs with Apple Silicon, there is an option to automatically display subtitles on FaceTime video calls.

The Watch app on iPhone and iPad is now available on Mac. It supports Siri integration to set timers, alarms and check the time in another city.
Local time can be viewed in different time zones around the world, with alert support for custom alerts.
Along with the Clock app, Apple is also bringing a Weather app to the Mac, and while it has the same design as the iPad and iPhone weather apps, the Mac version has been optimized to fit on the larger screen. It also features beautiful moving images, detailed maps and extensive clickable prediction modules.

System Preferences has been renamed System Settings in macOS Ventura, and it has the same design as the Settings app on iPadOS, divided into two columns rather than the multi-icon layout used in macOS Monterey. 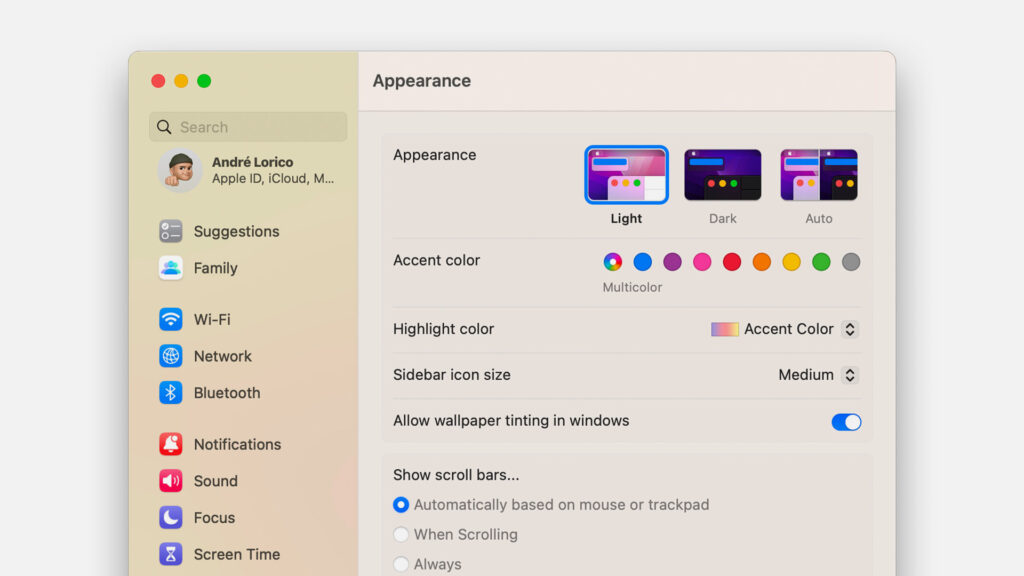 With a sidebar, System Settings means easier navigation as you don't have to switch between different settings panels. The sidebar is organized into categories, similar to the previous apps, with categories including Appearance, Control Center, and Desktop.

*Currently unavailable
Freeform is a virtual whiteboard-style app that Apple plans to launch in a macOS Ventura update later this year. Gives you a blank canvas for collaboration purposes, so you can work with others on projects that require brainstorming, drawing diagrams, and more.
Freeform apps are cross-platform and support real-time collaboration so you can see changes made by others as they add and edit. It integrates with the Messages and FaceTime apps, so you can chat with collaborators in FaceTime and see updates right in Messages.
Images, videos, audio, PDFs, documents and web links can all be added to frames and previewed without opening another application and leaving Freeform.

Apple has improved Spotlight search in macOS Ventura, adding support for Quick Look and Quick Actions. With Quick Look, you can press the space bar to preview any file, just like in Finder.
Quick Actions allow Spotlight to do things like start a timer, enable focus mode, Shazam a song title, run a shortcut, and more.
Spotlight now has a more iOS-like search function that provides rich results for Contacts, Actors, Musicians, Movies, TV Shows, Businesses, and Sports. It can search for images in Photos, Messages, Notes, and the Finder application using search parameters such as the image's location, scene, or content, including text, people and pets, and other image subjects.
There's also a built-in web search feature that allows you to perform image searches for people, animals, plants, landmarks, monuments, and more. Directly from the Spotlight interface.

Apple plans to make Safari more secure with Passkeys, an alternative to traditional passwords. With Passkeys, passwords will now always be saved on your device and never on a web server, making them more secure than traditional passwords. Keys are easy to use, logins are authenticated via Touch ID or Face ID, plus they sync across devices via iCloud Keychain and can be used on authenticated non-Apple devices. A real ‌iPhone‌. 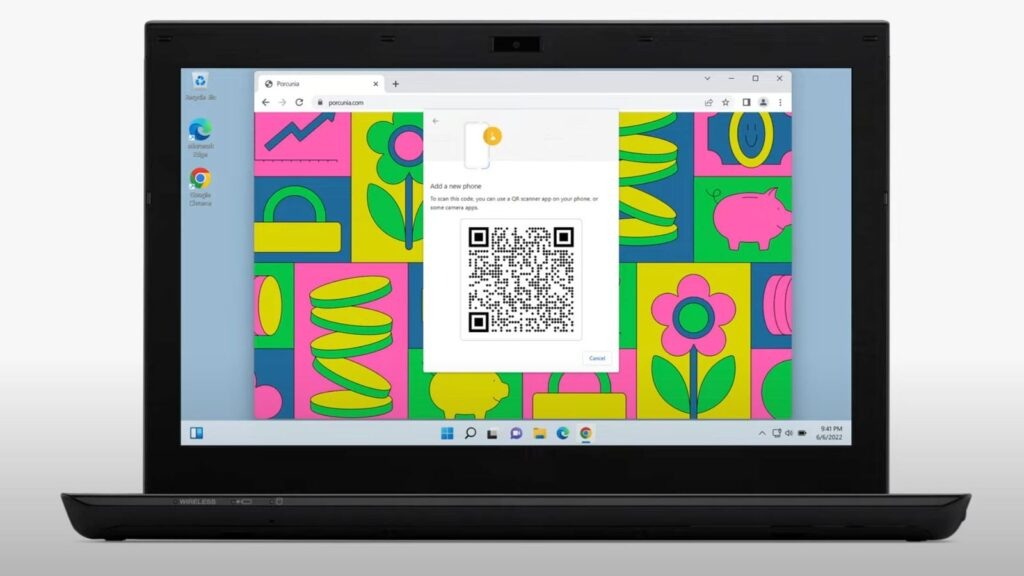 Features not available on Mac Intel

Some features are limited to Macs with Apple chips and are not available on Macs with Intel chips.